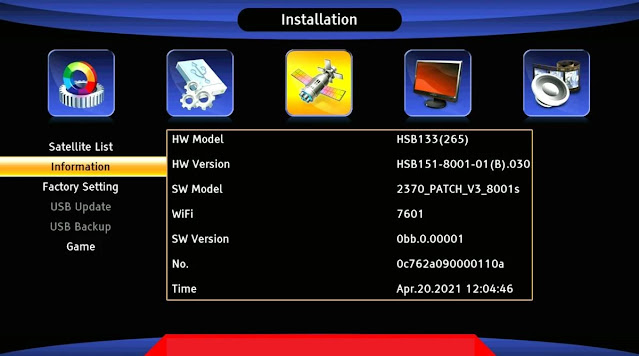 The latest HSB133 Software r that the Receivers option discussed this time may already have one. It’s just that it’s possible that there are still people who don’t have this satellite dish receiver firmware. Either because I’m lazy to browse or don’t find the official website. Receivers option also don’t know the official website, for what brand of receiver they don’t know either. 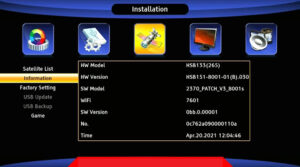 Anyway, this satellite dish firmware is specifically for digital satellites that use the Montage CS8001 chipset. Of the HW models that use HSB133(265), there is already quite a lot of identical receiver firmware. It’s just a matter of being brave or not using the firmware version HSB151-8001-01(B).030 to be installed on each receiver.

Judging from the HW model, in Indonesia what is identical is Skybox A1 from the New AVS+ series which is 4MB or 8MB, also available on Skybox A1 Plus. For other brands such as Venus Meteor New AVS+. It’s just that because it’s 4MB, it’s not recommended for those who can’t hard flash. Because it is most likely to have to hard flash for a different customer id.

For online services or network menus, this firmware can use the 7601 or 3G Wifi chipset path, and for the application, there is only Youtube. To make it easier to fix bugs, there is also an Online Update menu for upgrading the firmware. At the time of writing, the use of the Youtube feature is still smooth, so if the firmware you are using has a Youtube error, you can use this firmware. To get it here.

What needs to be considered for those who will use the new software model hsb133 montage cs8001 is, to make sure the remote config is changed first to adjust the remote user. Also, check whether the firmware to be used is still normal or corrupt. Be careful, and once again for those who want to use firmware, try to hard flash it so that unwanted problems don’t arise