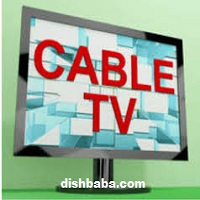 New 70 channels are coming soon, chairman Pemra
Mohammad Salim Bags, chairman of the Pakistan Electronic Media Regulatory Authority, said that PETRA will soon launch the Regulation of Web TV and OTT. In this case, a Committee consisting of senior technical officials of Pira Has been created. The instructions have been issued to the committee on February 28, 2019, to submit draft regulation. The committee has started organizing a meeting on a daily basis to fulfill the responsibilities. PEMRA gave a special interview to the war group, adding that PEMRA will introduce the latest technology including the latest technology in Pakistan, including TTT so that Pakistan can be set up in the world’s developed countries. Chairman Slam Bags said that five private TV channels of PISA Telecom will be able to showcase worldwide through its broadcast satellite through very little expenses, adding that direct-to-home (DTH) licenses should be executed by the end of the month. It will result in new investment of $ 500 million in Pakistan and will create new opportunities for close to 10 thousand, as well as enter the last stages of completing the execution of seventy (70) new TV channels. It will have a new investment of billions of rupees, resulting in a huge number of thousands of new media in electronic media in Pakistan. After deploying the Pakistan Electric Media Regulatory Authority, after the appointment of the chairman, Salim Bags described the total performance of the PEMRA and 170 actions have been taken against violations of rules against private TV channels and in these measures 5 million Pemra, who did most of the allegedly involved crime-related programs, hateful content, false news, telecom casting of more than foreign material and non-moral advertisements, disagreed with these actions. Salim Bags responded to a question that 2859 cable TV operating in Pakistan has been inspected suddenly, the number of licensed cable operators in Pakistan has reached 4700, during these sudden raids 14252 foreign DTH and CLINE) devices were seized and more than 6 lakhs were imposed on 37 cable operators, while criminal cases have been set up against 59 cable operators. Answering the questions, Mohammad Salim Bags replied that the broadcast of 1272 Indian TV channels across the country was closed on the cable network. PEMRA has formed raid teams in four provinces, with help with committees comprising FIA, FBR, customs intelligence, to eliminate the illegal Indian DTH spread across the country. And under the spirit of immunity, the illegal Indian DTH spread in Pakistan will be prevented so that it can be tied to Indian cultural diplomatic entrepreneurs. PUPRACO (SUPARCO) is also providing support to clean and reliable foreign satellite companies so that the current DDA can effectively prevent the current invaders on the ground floor, Pima’s head said on a question. Soon after his arrival, he has done eight FM radio, five private TV channels, seven foreign channels, five IPTVs (Internet Prototype TVs) and three mobile TV licenses, so far Mohammad Salim Bag He said that the authority regarding cable organization digital cable directed all cable operators to digitalize their system by the end of 2019. So that the public service provider can provide quality cable service. Pemera has released 90 new cable TV licenses in the last six months, in which most of the licenses have been given for backward areas of Khyber Pakhtunkhwa, Gilgit-Baltistan, Sindh, and Punjab so that education entertainment sports and other information You can reach it right. He said that since its establishment, since its first time, the regulatory system of TV rating companies has started and for the first time all the stakeholders have been jointly shared jointly with Rafiq Rafiq, the Supreme Court of Pakistan also has As per the result of this regulation, it has been confirmed that Parma has allowed five different rating companies to work in Pakistan as far as five additional applications are pending. The purpose of this entire process is to provide transparency in the process of execution of the rating, transparency and validity/availability, so that the electronic media industry can provide innovative and global standard rating services, the PEMRA Chairman said that the current monitoring setup of PEMRA That was made in 2013, it is capable of monitoring 50 private TV channels that was very little needed. Now, this monitoring setup is being made by the Government of Pakistan to be the global standard, through which one hundred and a half 100 percent of TV channels will be monitored on this project costing Rs 20 crores.
(Visited 31 times, 1 visits today) 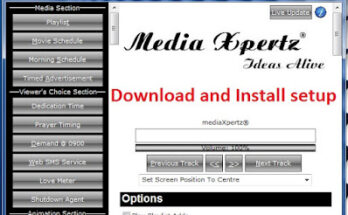